Scotland went some way to compensating for their World Cup play-off heartache by claiming a crucial Nations League victory over Ukraine at Hampden to move top of Group B1.

Three months on from a deflating loss to the same opposition, John McGinn swept in a deserved 70th-minute opener after dominant and dynamic Scottish side had passed up a flurry of clear-cut opportunities in Glasgow.

Substitute Lyndon Dykes then headed in twice late on to seal a vital win which sees the Scots leapfrog the Ukrainians.

Steve Clarke’s side hold a two-point advantage in top spot with two games remaining, the first of which is the visit of the Republic of Ireland on Saturday, before a potential decider with the Ukrainians in Krakow next Tuesday.

The build-up to the Hampden play-off three months ago was dominated by the ongoing Russian invasion of Ukraine, which continues to have a devastating impact on the nation.

Ukraine, in their first competitive game since the conflict began, somehow roused themselves to a momentous win against the below-par Scots, who went on to beat Armenia twice either side of an abject 3-0 defeat to Ireland in the following fortnight.

Looking to right the wrongs of a two-week spell which Clarke felt “stalled” his side’s progress, the Scotland boss challenged his players to regain their “momentum” at Hampden, a place where they have now lost just once in their last 15 games. 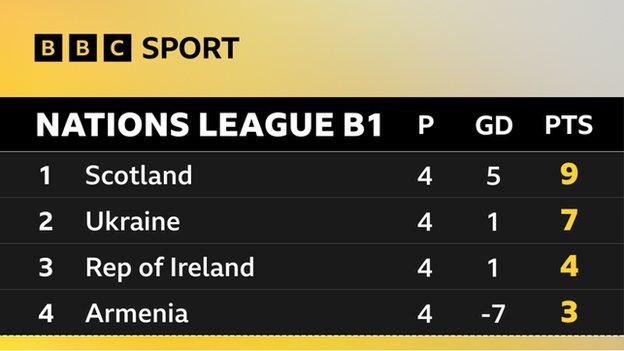 After a minute’s applause in tribute to Queen Elizabeth II, which was widely observed but mixed with booing, it was Ukraine who carried the early impetus as they exploited space in behind a Scotland defence adapting to playing a back four.

But after a shaky opening 10 minutes, Scotland composed themselves and stamped their authority with penetrating play that first saw Che Adams strike straight at Anatoliy Trubin before Stuart Armstrong forced the Ukraine keeper to save to his left.

Both Ryan Christie and McGinn failed to hit the target with headers either side of the efforts from Adams and Armstrong, but a concerning injury to Nathan Patterson, who was removed on a stretcher, brought a lull to a frantic period.

The first half ended in controversy, though, when Ukraine defender Valeriy Bondar only received a yellow for wiping out Adams while the striker was bearing down on goal. It might have been a clear goalscoring opportunity. Or it might have been violent conduct. But a free-kick and a booking were the only sanctions.

There was always a fear Ukraine would seize control after the break, but Scotland maintained their relentless pressure.

After a host of glaring chances were passed up, including two close-range headers from Adams – one which hit the woodwork – and another from Armstrong, McGinn pulled a shot into the bottom-right corner to send Hampden into raptures.

There were complaints from Ukraine, who felt McGinn won the ball with an unfair – but trademark – shunt of his backside before striking. But there were no issues with the goals that followed as Dykes twice rose highest to guide in two fine headers in a 13-minute cameo.

Player of the match – John McGinn

So it seems Steve Clarke is willing to revert to a back four, after all. For the first time since November 2019, the Scotland manager deviated from a three and, after a ropey start, the central pairing of Jack Hendry and Scott McKenna impressed.

One obvious negative is the injury to Patterson, but Scotland suddenly have depth in the right-back area as Aaron Hickey’s solid substitute display highlighted.

The issue now with the defensive set-up is what Clarke opts to do when captain and first-choice left-back Andy Robertson returns to full fitness. Having those kind of options to is by no means a negative, though, and adopting that flexibility into the side can only be a positive.

Scotland are back at Hampden on Saturday (19:45 BST) as they host Ireland in their penultimate Nations League group game, before a trip to Krakow to face Ukraine again next Tuesday (19:45). 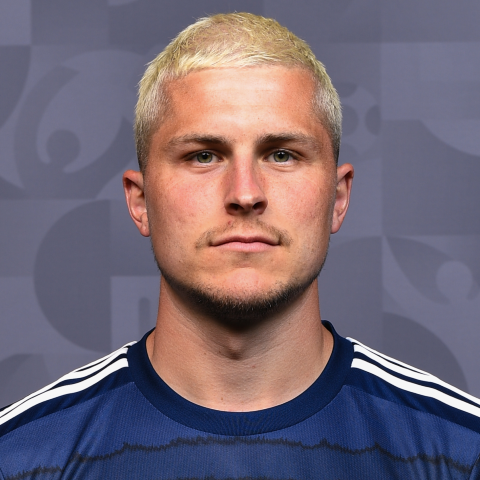 Player of the match

Stocks rally as some relief returns to global bond markets